Letter of Clarification
I hereby clarify some points about Mr. Gabriel Charilaos Vlavianos, who served for a period of time the position of Director of Stores of the company MAPPIN LOJAS DE DEPARTAMENTO S/A ("Mappin"), in true employment relationship, that began on August 1996 and ended on April 1999, three months before the declaration of bankruptcy of their employer.
Because Mesbla and Mappin belonged to the same economic group, the United Group, Gabriel also held the position of Director of Stores for Mesbla, without, however, exercising any control function or holding any participation in the society.
As Mesbla Director of Stores , Gabriel was exclusively responsible, for the management, supervision and monitoring of operations of various shops that made up the chain of stores "Mesbla", always referring to their superiors.
Thus, Gabriel had no responsibility on fiscal, financial or accounting issues, which were, of course, under the direct supervision of those to whom he reported, who detained hierarchical decision-making power held in tax and financial accounting.
So much so that on 04.20.1999, Gabriel was abruptly excused from the exercise of his functions (Director of Stores), a fact widely reported in the press at the time, without receiving the values that would be entitled under the employment relationship maintained with the company performed.
The resignation was generated due to an administrative change at Mappin / Mesbla, now being led by Mr. Anibal Fonseca and Mr. Jose Paulo Amaral, being the latter the one who dismissed Mr. Gabriel, even prohibiting his entry into the company’s office building.
In view of his resignation, Gabriel filed a labor complaint against the bankrupt Mappin and its controlling shareholder, Mr. Ricardo Mansur, that proceeded before the 54th Labor Court of São Paulo (process n ° 1703/99), and upheld the bond for recognition.
It happens that during these years, specifically for 12 (twelve) years, Gabriel has suffered numerous injustices due to countless lawsuits filed against Mappin, in both fiscal and labor areas.
Gabriel himself was acquitted by CVM (Brazilian SEC), authority under the Ministry of Finance of Brazil which regulates and supervises the activities of members of the Brazilian open market.
He was also cleared of blame by the judge overseeing the bankruptcy of  Mappin, Mr. Luiz Beethoven Giffoni Ferreira, in the process that takes place before the 18th Civil Court of São Paulo.
Throughout these years there was only one conviction in the name of Gabriel, where he was witness to a mere process of the third person and refused to testify in court on a certain date. He testified in another date, but was convicted for not paying his testimony, but such was not part of the process, was pardoned and dismissed.
We are proposing defense in all actions, one by one, but, unfortunately, the Brazilian justice system is very slow, but gradually, all the facts are properly understood and proven.
I am available if necessary, to provide any clarification, send copies of court decisions or any process that appears.
Sincerely,
São Paulo, December 20th of 2011.
Daniela Poli
OAB / SP 143957
Postado por Mimos & Cheiros às 08:14 Nenhum comentário: Links para esta postagem 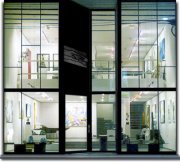 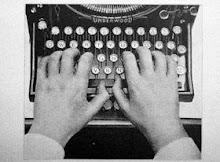